While driving home the other day I noticed a very large bird perched on a power pole ahead of me. It was clearly larger than the hawks, falcons, and owls that I commonly see. As I got closer I realized that it was an adult Bald Eagle.

While Eagles are definitely not rare in the Calgary area, they also aren’t very common on the open prairie to the east of the city. In fact this is the first adult bird I’ve ever seen far away from the river. It was very impressive and of course I had to stop to get a few pictures.

The bird did not immediately launch when I approached and I was hoping to be able to watch it for awhile. Unfortunately it had other plans and took off after only a couple of minutes. I was lucky to get an interesting sequence of the bird showing its power while taking off. 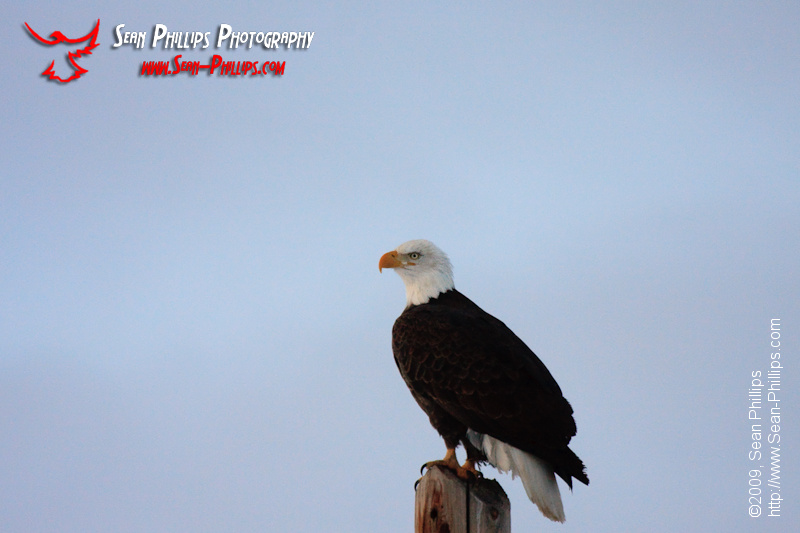 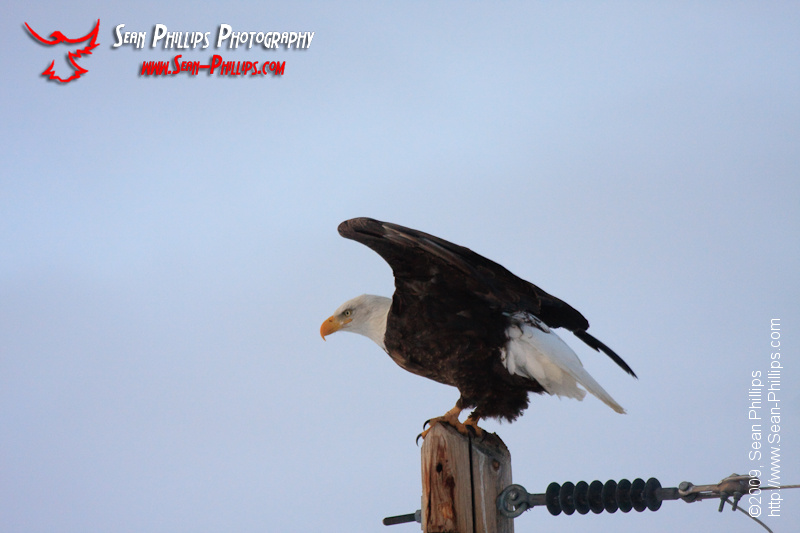 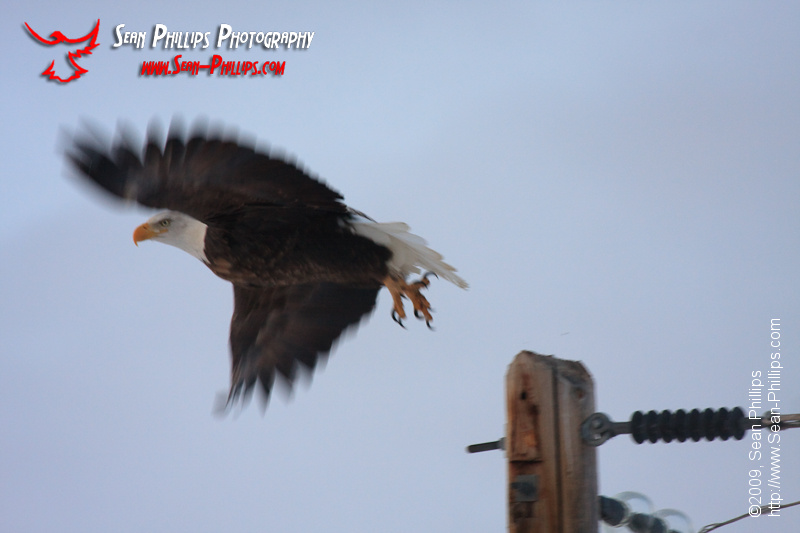