As I’ve mentioned previously, I’ve been seeing huge herds of deer lately. Not only are the herds large, but there are also lots of them. Deer are generally pretty skittish; they often take off running as soon as you even start to slow your vehicle down, and if you actually stop the car they are gone! Not lately though. I guess its a bit of herd mentality kicking in because it seems that as long as there are more than about 10 deer together, they don’t seem to mind posing for a few pictures before slowly wandering away.

Yesterday I was able to stop my truck and enjoy a few quiet minutes with two different large herds of at least 30 animals.

This large buck watched me for a little while, but he never bothered to walk away, even when the rest of his family left.

These animals kept snacking and weren’t at all concerned that I was watching. 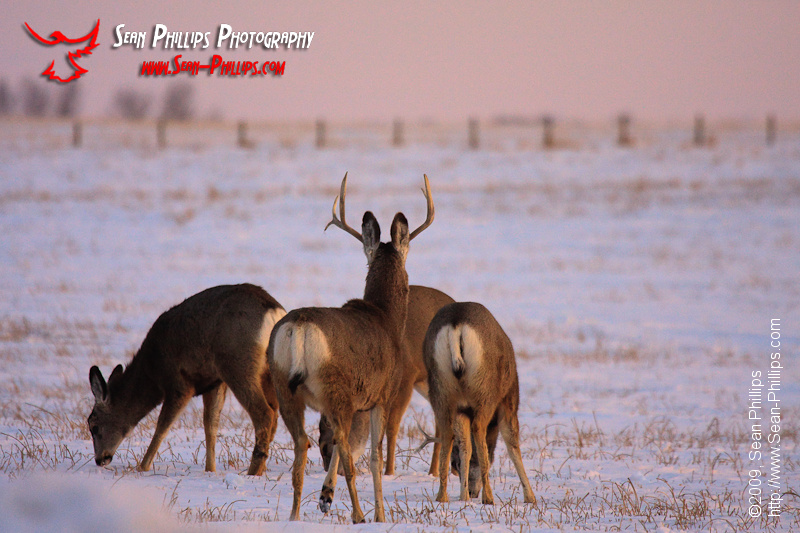 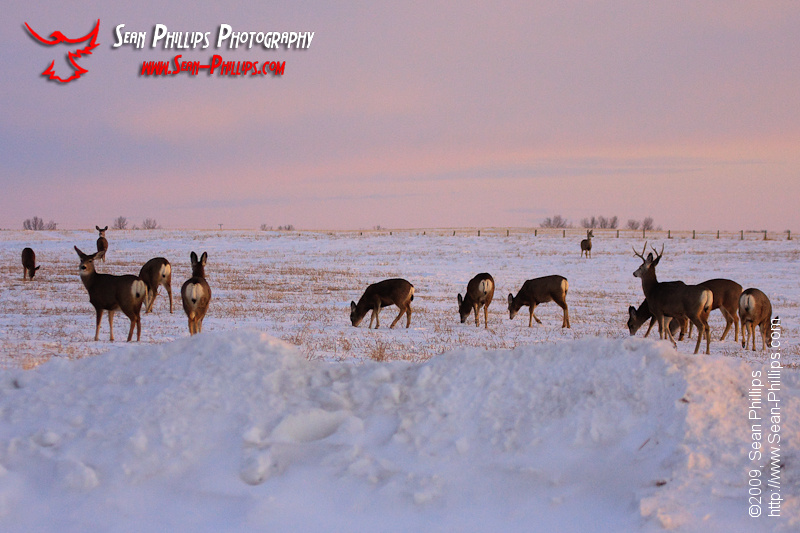 At least these next two paid attention to me, and they eventually wandered away, but it was still a very cool experience to be able to sit there and watch them going about their business.

Prairie sunsets are often glorious, and this day was no exception. I had seen this particular herd of deer near this hill a couple of times over the previous few days and so I was on the lookout for them as I approached. When I saw them on top of the hill with the cloud formation glowing with the sunset in the background I had to stop. 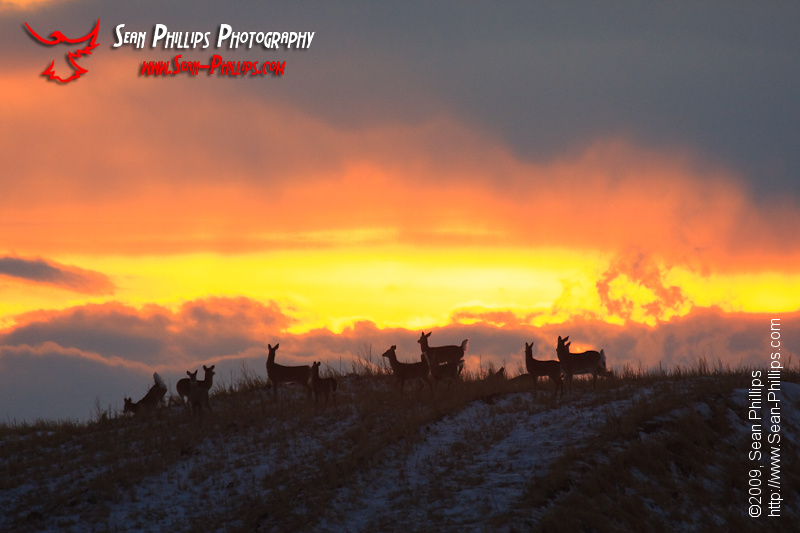